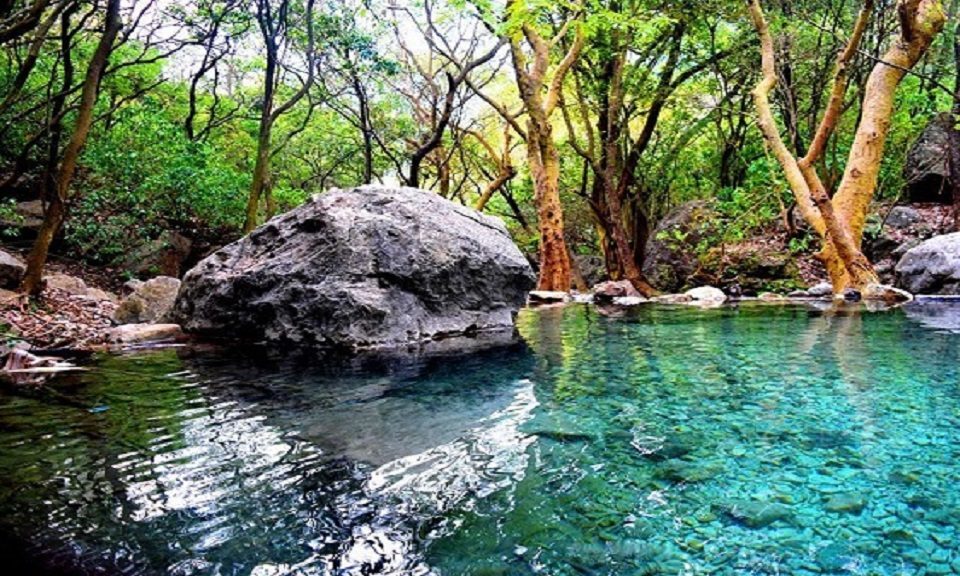 Pakistan is a beautiful country with numerous natural wonders. The landscape fluctuates from coastal beaches, lagoons, and salt marshes in the south to barren deserts, arid plateaus, dissected highlands in the middle, and mountainous areas with picturesque valleys, snow-capped peaks, and endless glacial in the north.

This glacier’s depression is quite broad. Small valley glaciers meet the main glacier and generate icefalls. The sidewalls range in grade from extremely steep to precipitous. Striations in the adjacent country rocks have been formed by the glacier. Moving ice has created depressions that now serve as troughs for several glacial lakes.

Its broad depression cuts over steep slopes, with shorter glacier slopes creeping to the side. Unsurprisingly, it is a popular hiking destination, serving as a gateway to climbing sites such as K2, Broad Peak, and the Gasherbrum peaks at its summit. Its meltwater nourishes Northern Pakistan’s beautiful valleys. Climb the glaciers from the Balti settlement of Skardu to experience it for yourself.

Baltoro is one of the world’s longest glaciers, stretching 63 kilometers through the Karakoram Mountainous region in Gilgit-Baltistan. The glacier is bounded to the north and east by the Baltoro Muztagh, and to the south by the Masherbrum Mountains.

Best time to visit: Most expeditions route up the Baltoro Glacier in June and back in August, making these congested months on the trail. However, fording rivers along the trail are easier before July, when water levels increase substantially.

The entrancing emerald Saiful Muluk lake, Pakistan’s highest alpine lake, is situated at 3,200 meters in a valley atop Narran, encircled by snow-capped hills and glaciers.

According to legend, a prince named Saif-ul-Malook became infatuated with such a fairy princess there, and on a moonless sky whenever the lake is like glass, the projections of the lights shine like such a magical parade on the surface. The lake is particularly well-known for being a haven for huge Brown Trout fish that may weigh up to 7 kilos. Saif ul Malook Lake further offers a breathtaking sight of Malika Parbat, Kaghan Valley’s tallest peak.

Saiful Muluk is a hilly lake inside the Saiful Muluk National Park at the northernmost tip of Kaghan Valley, close to the town of Naran. The lake is one of Pakistan’s highest lakes, rising 3,224 meters above sea level.

Best route: However, traveling to the lake is difficult. It’s a two-hour hot and humid climb up the mountain to Narran or a tresses jeep ride up one of the world’s most dangerous highways.4*4 convenience only.

Best time to visit: Even in the summer, travelers to Saif ul Malook Lake are greeted by excellent weather. The temperature reaches a maximum of 15 degrees Celsius in July and August and descends to 3 degrees Celsius at night. It is advised that you wear a jacket. During the winter, it remains snow-covered, and the route to the lake remains closed owing to high snowfall.

The Thar Desert, which spills so over the eastern border into India, constitutes a geological separation between the two countries. It spans 200,000 square kilometers in Pakistan only, with dunes reaching heights of 498 feet. . It is the world’s largest 20th largest desert and the world’s largest 9th largest hot equatorial desert.

As the country’s beating heart, it has a special position in Pakistan’s mythology and art. A spot of soul-stirring splendor, especially after sunset when the sand changes color and silhouettes dance all across the dunes.

Climate: The climate is subtropical and desert. Temperatures vary by season, with extremes ranging from relatively close in January to more than 500 C in the summer. The Thar Desert’s soil is vulnerable to wind erosion because it is dry for most of the year. High-velocity winds carry dust from the region, settling some of it on surrounding fertile fields and shifting dunes inside the desert.

Best time to visit: Winter, between October and February, is the finest time to visit the Thar Desert. During this time, the daytime is warm and the evenings are cool. Summers are heated, with no reprieve during the day including travel hours.

Locals in Pakistan think that perhaps the Deosai Plains are the nearest approximation to heaven on Earth, particularly during the summer, when this high elevation’s grassland is flooded with millions of blooms.

Locals say it’s a wonderful place inhabited by fairies. It’s difficult to disagree as you look out over the carpet of colorful flowers, brilliant green hills, and snow-capped mountains.

Location: The Deosai National Park is in Gilgit Baltistan, Pakistan, in the western Himalayas. The Deosai Plains are the world’s second-largest plateau after the Changtang Tibetan Plateau, with an average height of 4,114 meters (13,497 feet) above sea level.

Things to do here are fishing, boating, and camping.

Best time to visit: Deosai is only available during the summer months of June to September. The route is only open this time of year because it is usually blanketed in snow.

The Hunza Valley, often known as Pakistan’s Shangri-La, is as serene as it is gorgeous. It is a popular stop on the Karakoram Highway, an oasis of beautiful green among the parched, towering mountains, a region of burbling streams, plentiful orchards, and friendly residents.

If you’re feeling energetic, the mountains around the valley are lined with medieval forts, providing spectacular climbs. The valley and the surrounding mountains are also habitats for snow leopards, markhors, red-striped foxes, and ibexes.

The Hunza Valley is a mountainous valley in northern Pakistan’s Gilgit-Baltistan area, formed by the Hunza River, and bordered by Ishkoman to the northwest, Shigar to the southeast, Afghanistan’s Wakhan Corridor to the north, and China’s Xinjiang region to the northeast.

Best way to reach: Hunza is a 100-kilometer trip from Gilgit, but most travelers arrive by car, which takes about 2-3 hours. The main bus stop is located just in KKH Aliabad.

Best time to visit: Summer is the most popular season, with bright days and nice temperatures. Spring begins in late April and lasts until early June.