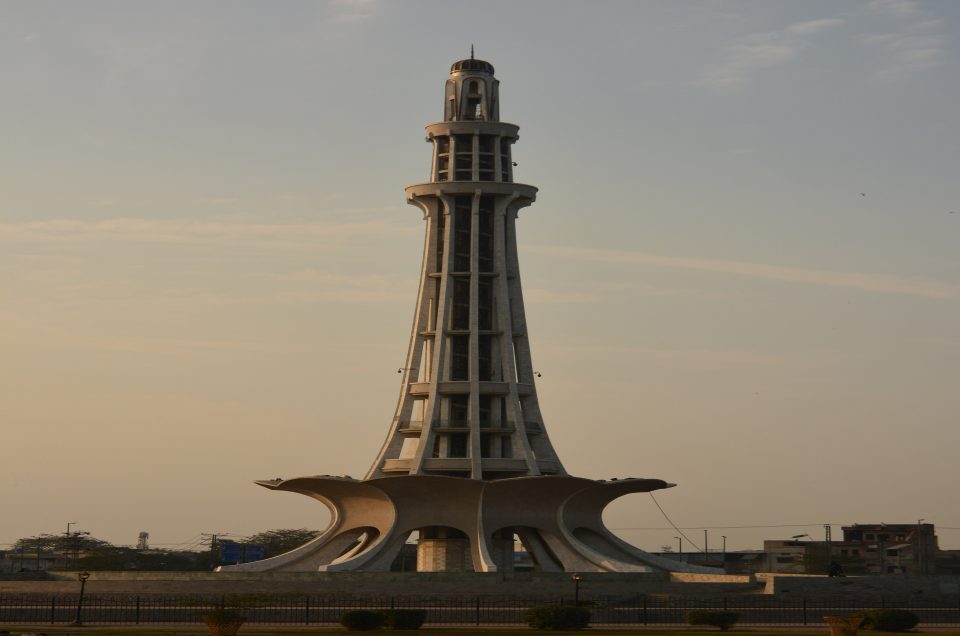 Lahore is undoubtedly more than just a city; it is also a lasting impression and an unforgettable experience. It boasts the top medical and educational facilities.

Lahore is known for its vibrant population, Indian cuisine, and art. Mughal architecture, lovely gardens, farmhouses, and old buildings may all be found in Lahore. Lahore is worth visiting because of its energetic culture and friendly locals. Lahore also has a lengthy and fascinating history

The best places to visit Lahore are:

The second-largest masjid in Pakistan and the eighth-largest mosque in the world by capacity is the Badshahi Mosque, also referred to as the Badshahi Masjid. The mosque has enough for around 100,000 worshipers. In the year 1673 A.D., Aurangzeb Alamgir, the sixth Mughal emperor, built the Badshahi Mosque. The crimson bricks came from India’s Jaipur. It is stunning and a top tourist destination due to the crimson building and exceptional architecture. 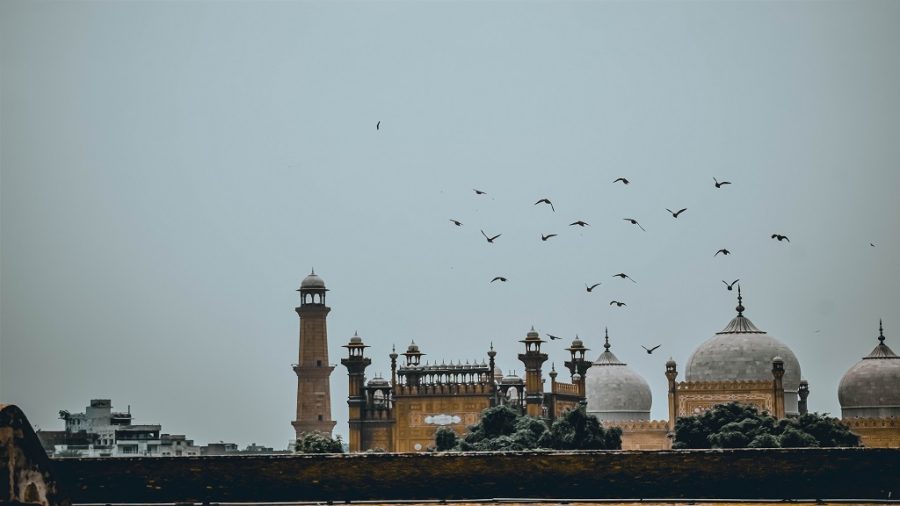 Shahi Qila, Lahore is another name for Lahore Fort. On the north side of the Walled City of Lahore, there is an old stronghold. Some claim that it was founded during the reign of Shahab ud Din Ghauri, while others suggest that it predates him. The current building was built by the Mughal emperor Akbar. Thirteen gates are present in the fort, demonstrating its complexity and majesty. The location is a part of the UNESCO World Heritage list. The fort is also home to some of Lahore’s most well-known historical sites, such as Alamgiri Gate, Naulakha Pavilion Moti Masjid, Sheesh Mahal 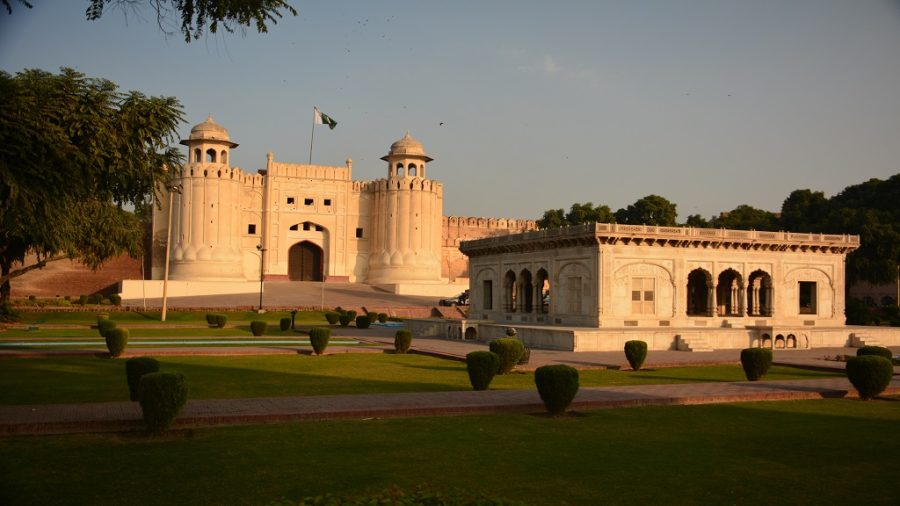 The oldest and biggest museum in Pakistan is located in Lahore. It was created in 1965 while the British Raj was in power. Numerous famous items, including collections from the Indo-Greek, Buddhist, and Gandharan civilizations, may be found in the museum. The Lahore museum also includes a sizable collection from the Mughal era in addition to these collections.

Use the services of any reputable travel agency in Pakistan if you want a hassle-free and ideal journey with your loved ones.

The Minar e Pakistan, Pakistan’s national monument, is situated in the Iqbal park center of Lahore. The monument’s construction took place between 1960 and 1968. The Lahore Resolution was adopted by the All India Muslim League on March 23, 1940, and the monument is located there. 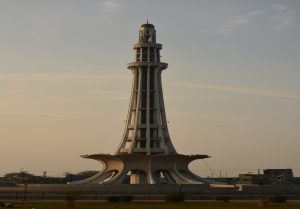 Lahore is Famous for its delicious Indian cuisine, Food Streets. In Lahore, you should try the paaye, nihari, falooda, halwa puri, and BBQ. There are several excellent cuisine streets and restaurants in Lahore.

Lahore is home to the stunning Shalimar Gardens, a Mughal garden. The garden’s design is influenced by Persian and Arabic architecture. In 1641, Shah Jahan, the Mughal emperor, constructed the garden’s foundation for his cherished wife Noor Jahan.

Shalimar Bagh should be visited if you enjoy Mughal architecture

Location: Northeast of the Walled City of Lahore, on Grand Trunk Road, are the Shalimar Gardens.

A part of one’s soul is dormant until one has loved an animal. ~Unknown.

This adage is accurate. Visit the Lahore Zoo if you want to have a close-up look at various wild animals and exotic birds. It is one of the oldest zoos in the world because it opened its doors in 1872. There are now 1,378 animals living in the Lahore Zoo.

A sophisticated bird aviary, a lion house, and an elephant house are just a few of the other attractions of the Lahore Zoo. Additionally, you can adopt a zoo animal. The participants in this program pay for the animals’ food.

Anarkali Bazaar is among Lahore’s best places to visit. If you love shopping and that too on a budget then Anarkali Bazaar will save your day. It is one of the oldest and largest markets in South Asia.

The market has also grown over time. Currently, it is divided into Old Anarkali and New Anarkali. In the older area of the bazaar, one can easily locate hidden treasures like paintings, handicrafts, and embroidered objects. The ancient bazaar offers a wide variety of Indian food. It is renowned for its Indian clothing and jewelry as well.

The border between India and Pakistan lies at Wagah, which is close to the Grand Trunk Road. Since 1959, there has been a closing ceremony, also referred to as The Beating Retreat Ceremony. The border is formally closed when the border guards from both sides arrive, remove their respective national flags, and cross it.

You do not need to pay any form of entrance fee, and it is completely free. Hundreds of patriotic Pakistanis attend the ritual every day.

You must visit Masjid Wazir Khan if you are intrigued by Islamic heritage and architecture.

On the edges of Lahore is another great example of Mughal architecture. Two enormous gates built of priceless stones and tiles lead to the tomb’s entrance.

In the Pakistani city of Lahore, there is a historical park called Bagh-e-Jinnah, formerly known as Lawrence Gardens

‎The ghostly park is made up of a botanical garden, Masjid Dar ul Salam, and Quaid e Azam Library, all of which are located in a lush green area. Visit this old park if you wish to unwind in Lahore on a quiet evening.

Emporium is your best buddy if you enjoy shopping from many different stores and are a shopaholic. There are about 200 domestic and foreign brands present in the eleven-story mall. Additionally, there is a sizable food court there to sate your appetite.

In addition, there is a movie theatre. In other words, you can shop, eat, and see a movie all in one location. The establishment also has superb management, location, and design.