Best places to visit in Chitral – Historical Valley of Pakistan 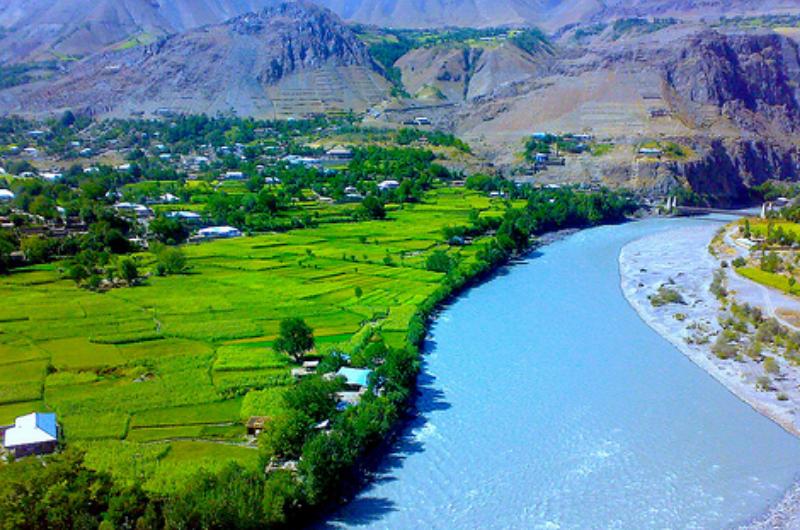 Chitral is situated in the Malakand division of Khyber Pakhtunkhwa. China boundary and Wakhan Corridor share a border with it. Chitral is one of the most visited tourist destinations in Pakistan. Gilgit Baltistan lies in its East.  Chitral is famous for its meadows, historic places, festivals, cultural venues, peaks, lakes, polo grounds, beautiful valleys, and mountains. The inhabitants of Chakwal are hospitable and courteous.

Winter of Chitral is worst and harsh, the temperature falls to below zero, and snow is everywhere.  During summer, the climate is pleasant, particularly at night. Perfect months to visit the Chitral are May-September when the temperature is 15-30-degree seniti grade.

How to reach Chitral?

It is 380 to 390 KM away from Islamabad. The best route is the Islamabad-Peshawar motorway to Swat-Chakdra Motorway. Then, the Dir-Chitral road begins from this motorway. It takes 8-9 hours by road and 1 hour by air from Islamabad Airport.

Signals of all the cellular companies are active in Chitral. Other than Zong, all networks provide high-speed internet service.

Rates of the hotels and guest houses are affordable to everyone. Rent starts from 1000 rupees per night. Better quality rooms are available for 2500-3000 rupees. These rooms have 3-4 persons’ space and attach washrooms. Food of multiple varieties and tastes is available at reasonable rates. The food rates are as normal as in other cities and provinces.

While traveling towards Chitral, a renowned point occurs, named Lowari Tunnel. It is the biggest and longest tunnel in Asia. The length of this tunnel is 8.5 km. you can’t overtake in this tunnel. Lowari tunnel has caused a 5 to 6 hours reduction in the distance of Chitral. The tunnel remains closed during 1-2 PM and 6-7 PM due to general maintenance and electricity. Lighting in the tunnel makes the view striking.

This historic mosque was constructed in 1924 by Shuja ul Malik: then ruler of Chitral. The building is exceptionally elegant. Artwork in the mosque along with milky white marble makes it astonishingly beautiful. The traditions and culture of Chitral are reflected in the architecture and construction style of the mosque.

Adjacent to Shahi Mosque, there is another magnificent historic building named Shahi Fort. It was constructed in 1774. Because, the fort is private property not a government one, the residential section of the fort is not open to visitors. The other sections of the fort can be visited on Friday, Saturday, and Sunday; during 3-5 PM. Just after the entrance point, the historic corridors, galleries of the fort, and Artillery guns of that age of being seen. Shahi fort is surrounded by elegant mountains. A river flowing by the walls of the fort multiplies the glory and grace of this historic place. Mighty tall walls of the fort take the visitors into another world.

In the center of Chitral, Polo Ground is a place worth visiting. It is under the supervision of the Pak Army. Different teams come here to play Polo. Outstanding mountains and eye-catching greenery around the Polo Ground are the prime reason for its beauty. Its temperature usually remains 18-20-degree seniti grade. A pleasantly cool breeze is an amazing experience. Tourists highly recommend this place to visit.

Markhor point is an interesting and wonderful spot. While traveling towards Chitral airport from the city, remaining on the main road, it is on 10-20-minute straight drive nearby the Afghan border. There is a river along with mountains. Markhors come here to drink water as dusk appears and Maghrib Azan starts. The perfect time to visit this place is between Assar to Maghrib i.e. 4-7 PM. Numerous Markhors are seen here.

Chitral museum was built in 2010 to preserve the traditional and cultural heritage of Chitral. The museum hosts antiques, weapons, and artifacts of ancient times. The museum has two galleries: The Ethnological Gallery, and the Archaeological and Art gallery. The first gallery contains 12th-century furniture and jewelry. The other gallery is related to Greek culture and heritage; with items related to Greek Gods and Goddesses. Only families can visit the museum; individuals are not allowed.

Tirich Mir is called “Shan e Chitral”. Its height is 7708 Meters. Tirich Mir is the highest peak of the Hindukush range. Other than the Himalayas and Karakoram, Tirich Mir is the highest in the world too. It is visible from the main bazaar of Chitral. From the rooftop of any tall building, it can be seen. The perfect view is from the Palace of Mehtar of Chitral.  Snowcapped mountains, pastures near the peak, and chirping birds make the peak more elegant. Huts and resorts are available for visitors. However, climbing and hiking on the peak are extremely dangerous.

Shandor Polo Ground of Chitral is well-known all over the world. Its distance from Chitral is just 4 hours. It is the highest polo ground in the world. Polo is the most liked and played game in Chitral valley. The Shandor ground hosts the renowned Shandor Polo Festival from 7-9 July every year. The teams of Gilgit Baltistan and Chitral participate in the tournament. Not just local Polo lovers, but Dignitaries from abroad also arrive to enjoy this festival.

Tall Cedar trees, white snowcapped mountains, and plentiful greenery of Chitral hold a lonely magnificent building among themselves. Ohh! This heavenly place is the Governor Cottage. This exceptional place is the property of the Government. However, the general public can visit it at any time. The Famous Tirich Mir peak can easily be viewed from this building if the weather is transparent. This place has been constructed keeping in view the Chitral architecture. Governor Cottage contains precious historic items.

Shandor Lake is well known as the ‘Roof of the World”. In its vicinity, the famous Shandordoor Polo Ground lies. Shandor pass connects the lake to Gilgit and Chitral. Its gorgeous beauty steals the heat of tourists. The temperature of the lake is 14 C, most of the year. Wandering clouds amplify the beauty of Shandur Lake. Abundant greenery adds more color to its beauty.

Best places to visit in Chitral – Historical Valley of Pakistan