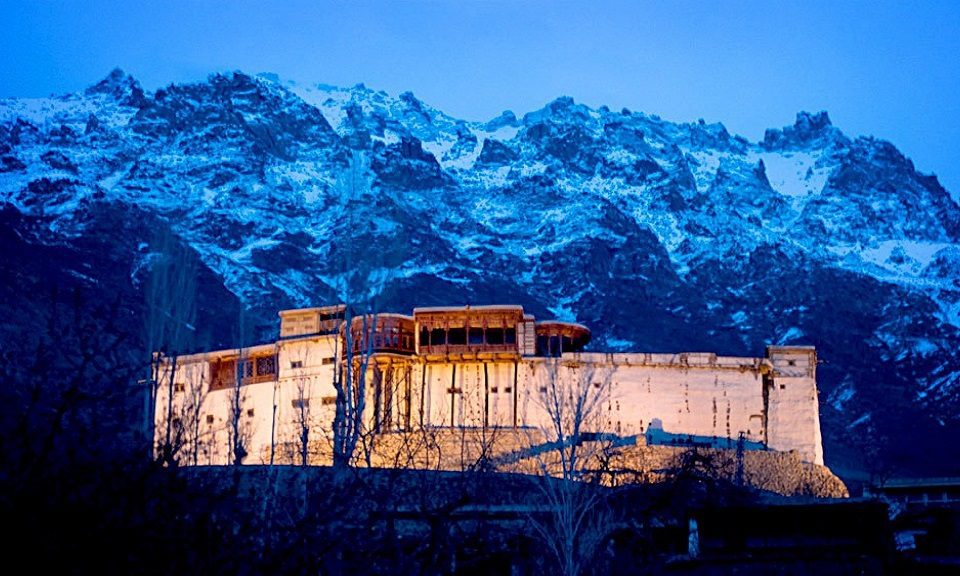 The Baltit Fort, one of the ancient forts in the Hunza Valley, has a long and storied history, and it was once home to several legendary characters. Prince Agha Khan and his retinue stayed in this fort during their visit to the Hunza Valley. The term “Baltit” refers to the people who once lived in what is now recognized as Baltistan. The fort Today can be located at the peak of the Bazaar, from which you can enjoy some genuinely spectacular scenery of the landscape.

The Baltit Fort has an unrivaled setting in Pakistan. It is located at the top of the Hunza Valley in the Northern Areas, overlooking the valley towns that it was constructed to guard. While it no longer serves as a defensive structure, the Fort is nevertheless an emblem of the region’s culture and history.

It is a blend of the region’s architectural form, home living, and belief systems, and it provides insight into the Hunza people’s beliefs. The Fort has grown in size and significance over the years, adapting to changing demands and purposes. It is now utilized as an ethnographical museum. Until 1945, it was occupied by Mir or the king of Hunza.

It has been listed on UNESCO’s World Heritage Representative list of the intangible since 2004, having been founded in the eighth century CE. In 1945, the Mirs of Hunza dismantled the fort and relocated to a rebuilt palace further down the hill. The fort began to deteriorate, raising concerns that it would fall into ruin.

Following a survey conducted by the Royal Meteorological Society of London, the Aga Khan Trust for Cultural Historic Cities Support Project launched and funded a restoration program. The project was finished in 1996, and the fort is now operated by Baltit Heritage Trust as a museum. The core of the construction, a single-down wooden and stone tower, was built in the eighth century A.D., according to conservation work done in the 1990s.

Baltit Fort is a fort in northern Pakistan’s Gilgit-Baltistan province, near the town of Karimabad. Its residents dominated the seasonal trans-Karakuram trading between South and Central Asia due to its strategic location with a magnificent view of the Hunza Valley and its Tributaries. The stone walls of the structure, which was built in an earthquake-prone location, were reinforced with a conventional interior timber framing for enhanced stability.

The Baltit Fort is rectangular in design, has three levels, and rests on a high stone pedestal (Fig-I). While the ground floor is mostly made up of storage compartments, the very first floor is built around an open hall. A stairway rises to the second story, which houses an auditorium hall, guest chamber, dining hall, kitchen, and servant’s quarters and was primarily used in the winter months.

Additional steps lead up to the third level, which is partially open to the weather and houses the summertime dining room, hearing chamber, bedroom, and reception hall. This tower was supplemented by additional towers, which were joined by a single-story structure made up of small rooms and below storage chambers. A second and eventually a third level was later added to the structure.

The Fort’s reuse addressed several issues. The project had to meet architectural conservation limitations, enrich and promote the cultural qualities of a living (and evolving) culture, enhance the economic opportunities for the village’s population, and create enough cash to cover its operation and maintenance costs. As a result, the major uses chosen for the reconstructed Fort were a museum and an active cultural center with supporting amenities.

The program entailed the difficult transformation of private property into a public institution. This involved the building of a new floating floor for the space where a public library would be housed. Visitors can view beneath the suspended floor and explore the archaeological features unearthed during the earlier design operations. A kitchen was also built, as well as an emergency staircase. Plumbing and lighting systems were also installed.

Five historic homes near the Fort were purchased to house ancillary services such as a showroom, ticket booth, storage rooms, manufacturing facilities, and a café with public restrooms. The Fort is intended to serve as a point of focus for the study of local traditions as well as a hub for exchange with foreign organizations engaged in the North Areas that require a base for fieldwork. The architectural characteristics draw the most attention.

In 1985, the Aga Khan Trust for Culture (AKTC) commissioned the group of Richard Hughes and Didier Lefort to create suggestions to save the Baltit Fort from further collapse and to devise an inventive program for the complex’s full-scale rehabilitation. Richard Hughes is a British engineer who specializes in earthquake-resistant constructions and soil structures. Didier Lefort is a French designer and designer who has worked on health and education initiatives in North Pakistan.