Must Visit Places In Hunza Valley 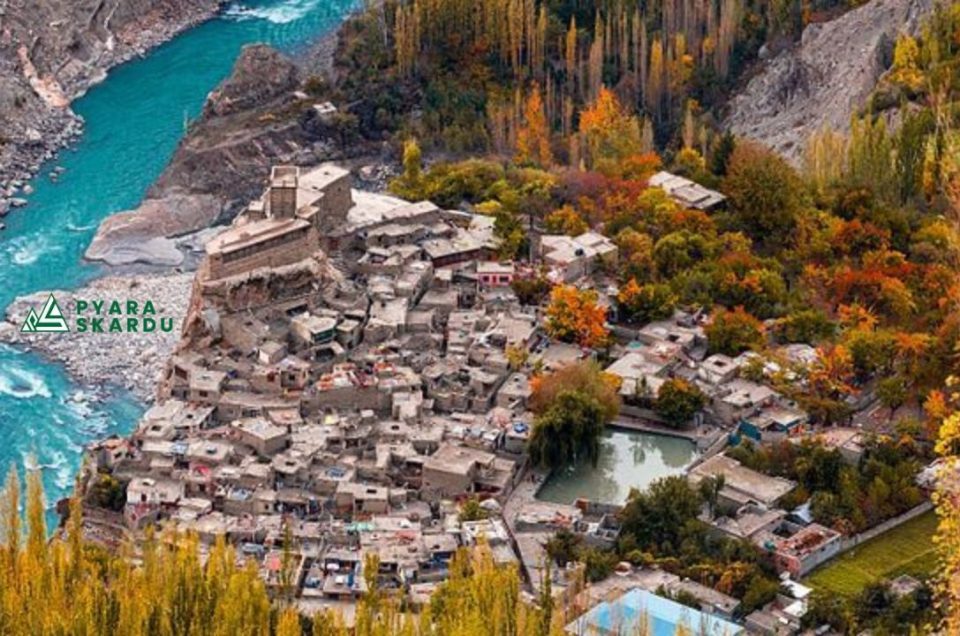 When traveling in Pakistan, it’s almost impossible to get around Hunza. Nestled up far in Pakistan’s remote north, the Hunza Valley is the country’s number one tourist destination.
Located at around 2,500 meters altitude, Hunza Valley is a beautiful mountain valley located along the Hunza River in the Karakoram mountain range in Gilgit-Baltistan, the northernmost part of Pakistan. The region borders China’s Xinjiang province in the northeast, which is connected by the high-altitude Khunjerab Pass and divided by the highest land border in the world. The most important towns in Hunza Valley include Karimabad, Altit, and Aliabad, which are home to some of Pakistan’s most popular tourist attractions.

Attabad Lake is a lake located in the Gojal region of Hunza Valley in Gilgit−Baltistan, Pakistan. It was created in January 2010 as the result of a major landslide in Attabad. The lake has become one of the biggest tourist attractions in Gilgit−Baltistan, offering activities like boating, jet-skiing, fishing and other recreational activities.

Borith Lake is a lake in Gojal, Hunza Valley in Gilgit–Baltistan, Pakistan. Residents of Ghulkin village are using the land for their irrigation purpose- they live at both during summertime- The altitude of Borith is roughly 2,600 meters (8,500 ft) above sea level.

Passu Cones or Passu Cathedral, a set of great mountain peaks (more than 6,000 meters). The most photogenic top of the whole area towers on the other side of the river – the amazing rock crown of Passu Cathedral. “The Sun-Drenched mountain”, also known as Passu Cathedral. Passu is famous for its golden peaks in the form of the pyramidical shape known as, “Passu Cones” or “Passu Cathedral”. 6,106 meters (20,033 ft).

Hussaini Hanging Bridge is man-made with hands with the help of the local community and is considered the world’s second-longest man-made hanging bridge. About 400 steps from one end to the other end of the bridge. The bridge is secure and safe However, precautions are to be taken when crossing the bridge as it is still a risk to fall accidentally. People’s believed that the bridge is almost 100 years old it looks really dangerous surroundings the mountains hanging bridge on River crossing this bridge might be dangerous. it’s situated in Hussaini town turn nearby a cafe and it’s photostatic.

Khunjerab Pass (elevation 4,693 meters or 15,397 feet) is a high mountain pass in the Karakoram Mountains in a strategic position on the northern border of Pakistan\’s Gilgit–Baltistan region within the region of Kashmir and on the southwest border of the Xinjiang region of China. Its name is derived from Wakhi \’ Khun\’ means Home and \’ Jerav\’ means spring water/water falling. Sino-Pakistani Border Crossing The Khunjerab Pass is the highest paved international border crossing in the world and the highest point on the Karakoram Highway. The roadway across the pass was completed in 1982 and has superseded the unpaved Mintaka and Kilik Passes as the primary passage across the Karakoram Range. On the Pakistani side, the pass is 42 km (26 mi) from the National Park station and checkpoint in Dih, 75 km (47 mi) from the customs and immigration post in Sost, 270 km (170 mi) from Gilgit, and 870 km (540 mi) from Islamabad. On the Chinese side, the pass is 130 km (81 mi) from Tashkurgan, 420 km (260 mi) from Kashgar, and some 1,890 km (1,170 mi) from Urumqi. The Chinese port of entry is located 3.5 km (2.2 mi) along the road from the pass in Tashkurgan County. The long, relatively flat pass is often snow-covered during the winter season and as a consequence is generally closed from November 30 to May 1. There is excellent grazing on the Chinese side of the pass, and domesticated yaks and dzu (a cross between yaks and cows) may be seen from the road. Since June 1, 2006, there has been a daily bus service across the boundary from Gilgit to Kashghar, China.

Must Visit Places In Hunza Valley