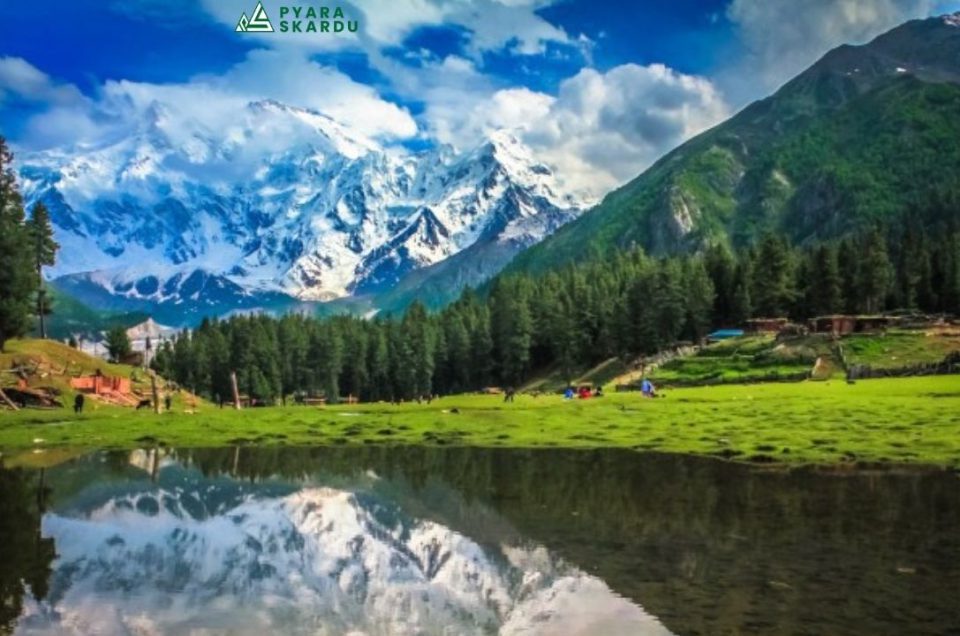 Skardu is famous among mountaineers due to its majestic mountains, and it serves as the arrival point for those who come in hope of summiting the mighty peaks of the Karakorum mountain ranges.

The name rings a bell to every Pakistani due to its relation to famous mountaineer Ali Mohammad Sadpara, who belonged to this small valley located right at the top of the Sadpara lake. Sadpara lake, now turned into a Hydroelectric dam, is vital for the provision of drinking-agricultural water and energy. This valley is also the gateway to Deosai, the most visited tourist destination in Skardu. Sadpara Valley is one of the main attractions on the Skardu tour.

This mystical village is believed to be the harbor point in old times as its name suggests, “Ching-Rdua” meaning the anchoring stone. It is full of vast green fields and apricot orchards and offers a unique viewpoint looking over Skardu City. Chunda is one of the main attractions on the Skardu tour.

Near the bank of the Indus River, a marshy area of land is found surrounded by a stretch of sand dunes. This swampland is known as “Katpana”. Adjacent to it lies the cold desert of the North which extends to the east ending up towards the entrance of Shigar Valley. In winter the sand dunes are covered in snow blanket portraying the perfect photographic scenery. Katpana Lake is one of the main attractions on the Skardu tour.

Kharpocho,“ The King of Forts”, sits at the eastern side of the Skardu Rock overlooking the Indus River and Skardu City. This strategic spot was chosen to build the fort by the famous 15th century Balti ruler, ‘ Ali Sher Khan Anchan’ who ruled over the wide range of the eastern Tibetan empire constituting much of present Gilgit-Baltistan, Chitral, and Ladakh. His successors, however, could not hold on to power and were overwhelmed by the Dogra rulers. The conquering forces burned down the major parts of the fort; later, restoration efforts saved bits of the remaining parts of the forts. Kharpocho is one of the main attractions on the Skardu tour.

It lies at the entrance of Skardu City to the southern region. Two breathtaking lakes, Upper Kachura lake and Lower Kachura Lake (Shangrilla) are the main features of this small valley. Further to the south of the valley lies the lush green gorge of Xhoq. The small streams of Tsoq flowing through the grassy picnic spots lure in many tourists. Kachura is one of the main attractions on the Skardu tour. 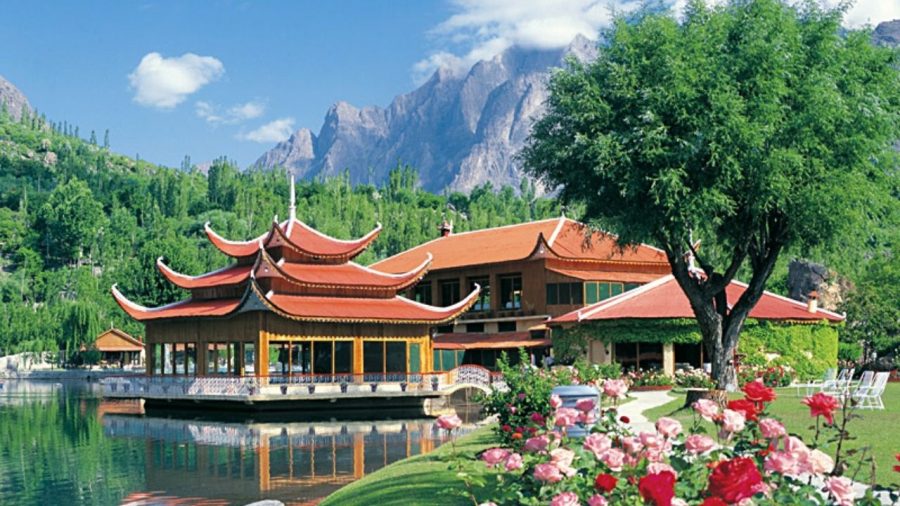 This hidden small valley, known by locals as,”Nang-Xhoq”, falls right behind the Skardu Rock on the bank of Indus. As the name suggests, the residents of this village still stick to the old-fashioned farming techniques, and modern technology is mostly avoided. This uniqueness brings it the name ‘Organic’. Visiting this tiny village lets you feel the awesomeness of staying away from modernity. Organic Village is one of the main attractions on the Skardu tour.

Buddhism was the major religion of the locals before the advent of Islam in the region. During the period Tibetan Empire, 7th-8Th century, many preaching sites were built in and around Skardu city. Buddha rock is also one of those important relics that remind us of the history of the region. The pictures of meditating Buddhas are engraved on a granite rock with a Tibetan inscription symbolizing a prayer site for preachers. This sacred rock is located in Manthal Village, which falls on the western side while going towards Satpara lake. Buddha Rock is one of the main attractions on the Skardu tour.