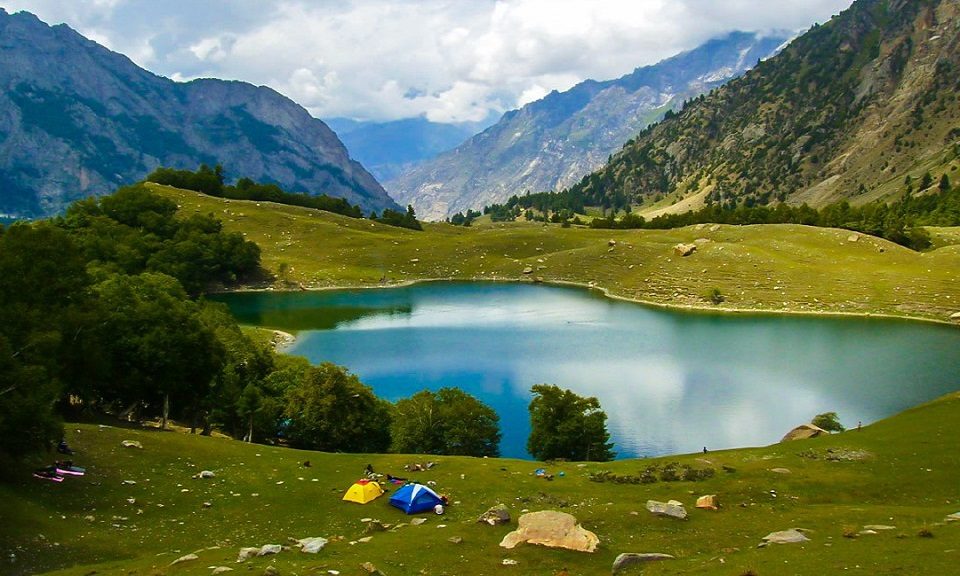 Haramosh Peak and Haramosh Laila Peak kutwal are the massif’s two summits. The mountain was first climbed in 1958 by an Austrian team led by Stephan Pauer, Heini roses and Dr Franz Mandl. Haramosh Valley, adorned with Kutwal Lake and Laila Peak, is rarely explored by tourists visiting Gilgit-Baltistan. Its elevation is also commonly quoted as 7,409m. It rises steeply above the Indus River’s north bank, a little distance ahead of its meeting with the Gilgit River.

A visit to Haramosh valley reveals stunning views of meadows, abundant animal grazing, soaring snow-clad summits such as Haramosh Peak, the renowned Laila Peak, surrounding picturesque villages, the captivating Haramosh pass, glaciers, and the green Kutwal Lake. Haramosh Valley, the most magnificent natural destination in northern Pakistan, is located roughly 60 miles east of Gilgit. Haramosh pass is located in the Rakaposhi-Haramosh massif, a semi of the Karakoram range, at an elevation of 4800 metres above sea level.

A Swiss expedition initially explored Haramosh in 1947, while a German team studied a northern approach in 1955. In 1957, Tony, John Emery, Bernard Jillot, and Rae Culbert, members of an Oxford University team, were involved in a failed effort that resulted in the deaths of Zillow and Culbert. Streather and Emery made it. He was severely frostbitten and destroyed all of his toes and fingers. Ralph Barker’s the Last Blue Mountain tells the dramatic story of this expedition.

Only three more ascents have occurred between 1978 (Japanese, West Ridge), 1979 (unfamiliar party/route), and 1988, according to the Himalayan Index.

On 4 August 1958, three Austrian climbers, Heinrich Roiss, Stefan Pauer, and Franz Mandl, climbed Haramosh through the Haramosh La (a saddle to the northeast) as well as the East Ridge, approximately the path of the 1957 catastrophe. When a Swiss team continued their journey on the route in 1947, they were pursued by a German team in 1955, who chose a north-eastern route to Haramosh.

An Oxford University team attempted to reach Haramosh as well but was thwarted due to the deaths of two members. Ralph Barker’s book “The Last Blue Mountain” describes this disastrous mission. According to studies, the current population of haramosh Valley is at least 8000 people.

Haramosh Peak is a mountain in Pakistan’s Gilgit-Baltistan region’s Karakoram range. Haramosh is located about 65 kilometres (40 miles) East of Gilgit in the south-central Rakaposhi-Haramosh Hills, a subrange of the Karakoram range.

Travel down the road from Jaglot to Skardu (Gilgit-Baltistan Region) to the town of Sassi to reach Haramosh. It is an hour’s drive from Sassi to the settlement of Dache (Dassu) at a height of 2400m. You are likely to encounter severe winds and landslides when driving from Sassi to Haramosh. The road is dangerous, and the journey is bumpy.

The jeep track begins 53 kilometres from Gilgit on the Gilgit-Skardu road, directly on the banks of the raging Indus River. It is a two-day difficult climb to Haramosh Valley, passing through flowing dense coniferous pine forest, streams and the Baska glacier to reach Kutwal Village.

The massif comprises two peaks, Haramosh Peak and Laila Peak, that rise steeply just above the north bank of the Indus. At 3260 metres above sea level, Kutwal Lake, one of the world’s high-altitude lakes, is a notable attraction in the Haramosh valley. Several peaks surround the lake, including Laila peak, Haramosh Peak and Dobani Peak. The vivid Haramosh Valley may be seen reflected in the gleaming water of Kutwal Lake, resulting in a captivating sight.

Haramosh Valley is the greatest trekking and camping destination for outdoor enthusiasts. The most satisfying experience is camping near Kutwal lake and climbing via difficult terrain to Haramosh Peak and Laila Peak. The walk combines gorgeous villages with snow-capped mountains, abundant animals, forests, meadows, glaciers, and the captivating Kutwal Lake.

The mountains have certain incredible horizontal, pale yellowish patterns. The minerals in some of these mountains, notably a green-blue gemstone, azure, and hydroxyl herderite, have made Sassi a well-known destination. The terrain is mostly bleak, with occasional views of lush green fields. The areas cultivated by the people in the region depict the difficult living conditions for the population.