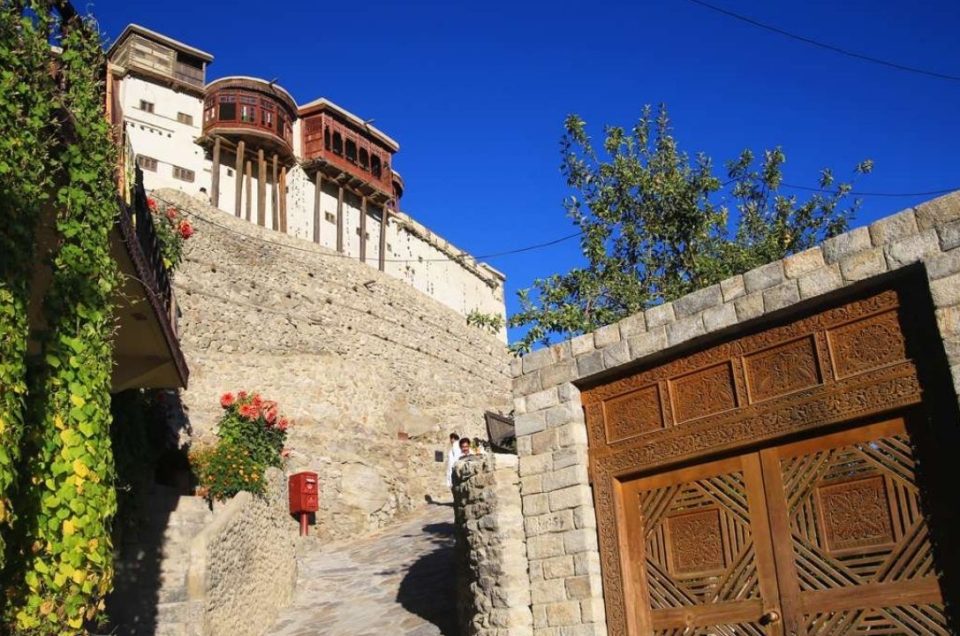 Hunza valley is a beautiful mountainous tourist destination located in the northern part of Gilgit-Baltistan. The main river that flows in the valley is the Hunza river which is also joined with the Gilgit and Naltar river. The valley is bordered by Ishkoman, Shigar, Afghanistan’s Wakhan border, and the Xinjiang region to China to the northwest, southeast, north, and northeast
respectively. Hunza is one of the fourteen districts of the Gilgit-Baltistan region administered by Pakistan. It covers an area of 7,900 kilometers square.

The headquarters of the Hunza valley is the town of Karimabad. Moreover, the capital of Hunza is Karimabad, also known as Baltit. The valley is located at an elevation of around 2,438 meters. The best time for tourists to go there for their holidays is between May and October.

During these months the temperature of the regions remains awesome so you can enjoy it there a lot. In May the temperature fluctuates between 14 to 27 degrees centigrade, while in October it remains between 0 to 10 degrees centigrade. The most famous tourist destinations in the valley are the Baltit fort, Altit fort, Borith Lake, Rush Lake, Buddha figure, Batura Glacier, Chipursan valley, and the ancient watchtowers in Ganish , etc.

The main occasions celebrated in the Hunza valley are Novroz, Ginani, and Salgirah. At these festivals, a variety of traditional foods are made such as Sharbat and Harissa. Moreover, the majority of the population of the region are Ismaili Muslims who are followers of Agha Khan. The only route to getting into the region by road is through the Karakoram Highway.

The main cities of Hunza valley are Karimabad, Aliabad, Ganjsh, Gulmit, Gojal, and Altit. Karimabad is the capital city of Hunza, Gilgit-Baltistan. The city is also known as Baltit. It is located at a distance of 100 kilometers from the main center of Gilgit. The travel time between the regions is around 2-3 hours by bus. The Karakoram Highway also known as the Silk Road is the only way to reach Gilgit and other cities in Pakistan by road. However, if you wish to travel by air then you have to book your ticket for Gilgit to Islamabad flights. But, keep one thing in mind that due to the weather conditions there are higher chances of flight cancellation or delay.

The most famous tourist destination in Karimabad is the historical Baltit Fort. Aliabad is considered the main business center of the Hunza valley. This town is located in the northeastern corner of the Karakoram Highway range. The average temperature in the town remains colder with an average of 11 degrees centigrade. Whereas, July is considered the warmest month and January is the coldest with temperatures lying between 23 to -3 degrees centigrade.

Ganish is the oldest town in the Hunza valley. The distance between Ganish and Aliabad town is around 6 kilometers. There are 800 years old carved mosques in the town which are the main attractions of the place. The town is rich in culture and tradition. The Ganish Watchtowers, Sacred Rocks, Mosques, and Ali Gohar House are the most famous places to visit in the town.
Gulmit is the capital of Upper Hunza.

You can travel to the town by road via the Karakoram Highway while traveling by by-air you have to go to the Gilgit airport. Topek Dan, Falful Peak, Tomb of Salim Khan III, the Shatabar Glacier, and Gulmit museum are the main views to see in the town.

Gojal is considered the largest sub-division of the Gilgit-Baltistan region. The town is also known as the Upper Hunza. Moreover, the town is bordered by China and Afghanistan at the Khunjerab Pass and Chapursan Valley respectively. The residents of the town are majorly the Ismailis. The main villages in the town are Shishkat, Gulmit, Ghulkin, Husseini, Passu, Shimsal , etc.

Altit is the oldest town in the Hunza district. The Altit Fort was built in the 11th century, however, restored in 2007. Husain Kuts, Khano Kuts, Hukalo Kuts, and Shoshorating are the main tribes in the Altit town.

The Hunza valley is divided into three regions as Upper Hunza, Center Hunza, and Lower Hunza. The Upper Hunza is also known as Gojal is the most beautiful region of the Hunza valley. There are three different linguistic groups in the region. First, the Brushuski speakers originated and migrated from central Hunza. 34 percent of the population are Burushaski speakers in the region. Second, the Wakhi speakers originated from the Wakhan corridor.