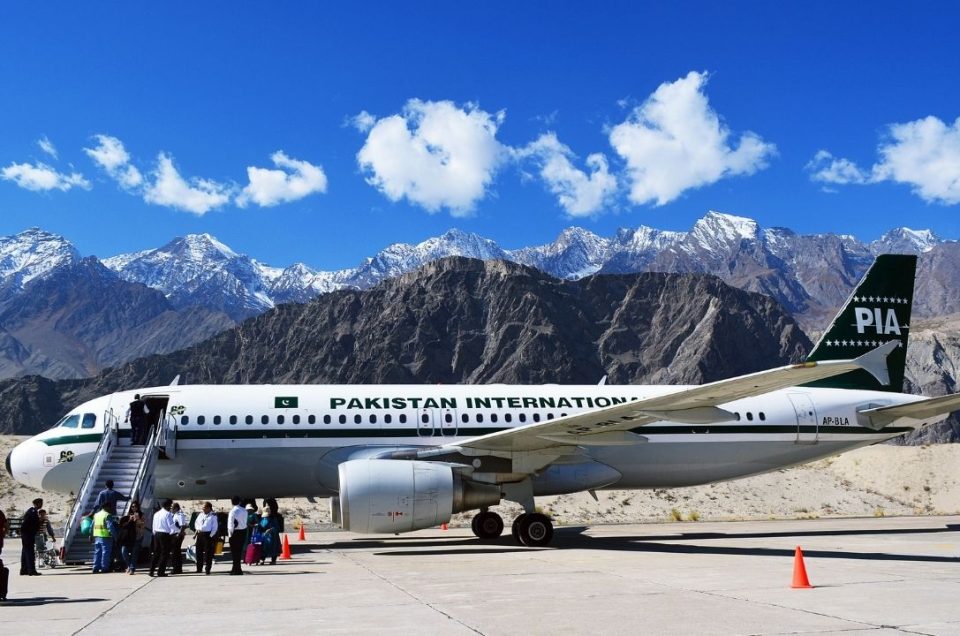 Human beings are being bestowed with the curiosity to see, smell and taste new things. The forces of globalization have provided them with all the necessities to quench this curiosity. People can now travel to any part of the world to know novel places and cultures. It has resulted in a major boom in the tourism industry.

Pakistan has one of the most beautiful landscapes. Millions of tourists annually visit Pakistan and more than half of it come specifically to visit Gilgit Baltistan. Gilgit Baltistan is in the northern region of Pakistan. Different places coupled with diverse cultures make it attractive for adventure lovers across the world. Its unique landscape consists of the most famous mountains including the second highest peak of K-2. Other famous places include the Manthokha waterfall, Shigar Fort, Khaplu Fort, Deosai Plains, Shangrilla resort and Satpara lake, etc.

Furthermore, it has a very rich biodiversity containing 230 species of bird and 54 species of mammals among others. Similarly, its cultural variety is also astonishing. It has five major ethnicities and five different languages with 36 dialects. Along with it, the presence of more than 50 archaeological sites made it the world of fascination for culture lovers. But, in spite of all these peculiarities, this region has always remained unpopular due to the lack of proper tourism infrastructures. Luckily, the current government of Pakistan has decided to allow international flights to be operated at Skardu airport. 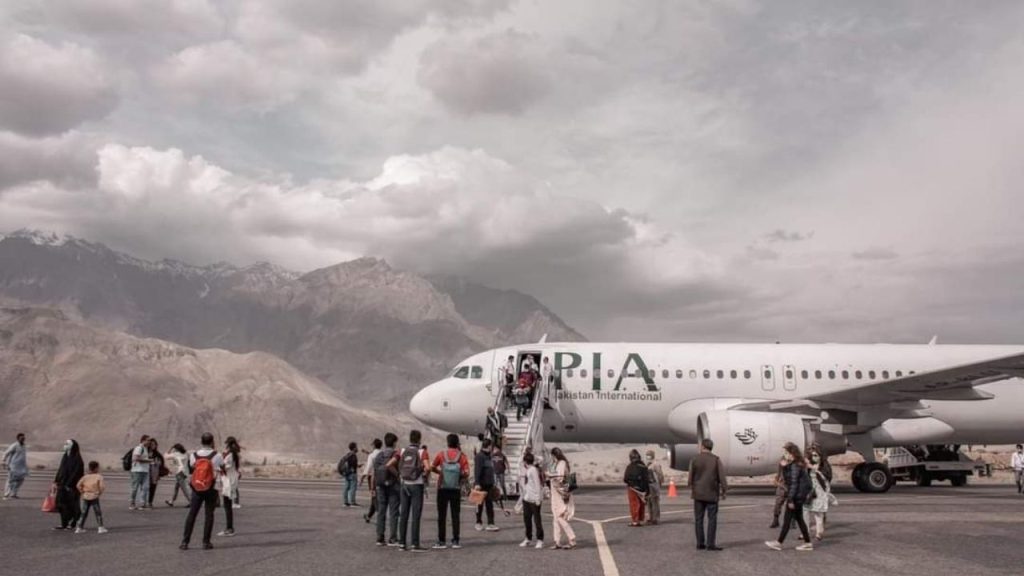 Skardu airport is situated in the North West direction and 11 miles away from the beautiful city of Gilgit Baltistan, Skardu. It had two runways, however, one was abandoned and the other is operating. The operational runway is 12000 ft long and has a PCN of 40. Skardu airport was declared the highest airport in the world and one of the busiest airports in Pakistan in 2021 by the Federal Minister of Aviation of the country. Pakistan International Airlines (PIA) used to connect Skardu with the capital city, Islamabad. However, frequent flights to Karachi, Lahore, Multan, Faisalabad, and Sialkot also operated in the recent year which increased the number of tourists in the city.

Almost every day a flight to and from Skardu to Islamabad is scheduled. There are various platforms from where you can get tickets. PIA itself issues airline tickets and different websites also provide direct and return tickets. The average ticket fare is US$89 if you buy a return ticket to and from Skardu to Islamabad. However, the cheapest fare for a direct flight from Islamabad to Skardu is US$47. The duration of the flight is approximately 1 hour 0 minutes.

The travel time between Karachi and Islamabad through flight is around 2 hours 15 minutes. The fare ranges between 20000 to 24000. The flight usually depends on the weather condition of both the cities. However, due to bad weather conditions in the mountainous city, Skardu, the flight can be canceled.

The peak season during which people usually visit the city is summer because of the weather in Skardu. During the month of June and July, people travel from the urban cities to Skardu to run away from the hot weather. The weather in Skardu during these months remains moderately hot with an average temperature between 10 degrees to 23 degrees centigrade. There are chances of flights being canceled due to weather conditions as change on a daily basis in the region. Therefore, you have to be mentally prepared for any kind of delay or cancellation of the flight.

To promote tourism in larger extant in the country an initiative from the Government of Pakistan was taken. In January 2020, the Federal Minister of Aviation Ghulam Sarwar Khan notified the decision to upgrade the Skardu airport to International standards. This customization incorporates the construction of a new runway and a terminal and facilitates other international-level flight requirements. It will bring revolutionary changes in the tourism of the region.

Firstly, it will save time for tourists by reducing their traveling time. The decaying Gilgit-Skardu road was one of the major obstacles in the way of tourists. It was always exposed to major landslides making their 14-hour journey into 24-hour ones. Similarly, the tourists will also get rid of the tiresome formalities of unnecessary check posts. Cumulatively, this initiative will leave the tourists with more time to explore most of the tourist spots in Gilgit Baltistan.

Secondly, it will make the journey safe for tourists. The sectarian and ethnic clashes in the western part of Gilgit Baltistan, which comes in the way of by-road journey, have always badly affected the tourism in the region. Especially, the number of tourists has significantly reduced after the Babusar incident of 2012, when sectarian violence was done against travelers. But now, international tourists can fearlessly visit the region through the airways.

Thirdly, it is an opportunity for the government to improve its economy. Tourism is an asset for the country, hence, a source of increasing government revenues. The Prime minister of the country, Imran Khan, stated in his tweet that the exceptional beauty of Gilgit Baltistan can earn 30 to 40 billion dollars. Therefore, the foreign exchange reserves of the country can be increased and the living standard of the citizens will improve as well.

Lastly, the travel through airways is in itself a unique and fascinating journey. During the flights, the tourists can easily take a bird’s eye view of the world’s most famous lakes and mountains. This is not possible on road trips. The tourists can see and capture the views of mountains like K-2, Nanga-Parbat, etc. Similarly, the aerial view of Saif-ul-Malook lake from an airplane has hallucinating effects on the observers. So, international flights will transform the burdensome traveling time of tourists into their most interesting experience.